Show all categories about us Back

The OBC Apple Secco was born in 2009 in Wedding in the kitchen of our student apartment. Inspired to brew something else than boring brewing beer, we decided to use our brewing studies and after over 120 test fermentations with different cultivated yeasts and mixing ratios, OBC Cidre Classic and OBC Cidre Strong were launched.

A little later we created a novelty at that time, the OBC Rose Cidre by using currant juice. Finally, for the time being, in 2016 we created our Masterpiece, the OBC BIO-Vegan Kraft Cidre.

OBC stands for Original Berliner Cidre (The German Cider), an alcoholic, organic drink. But OBC's goal was not only to address to a new young target group, but also to convince cidre fans of its quality. This has been achieved after twelve years of presence on the German market. Due to the high quality demands that OBC places on its raw materials and the manufacturing process, we have created four different flavors for you to enjoy. At a time when fashion drinks are "invented" and placed on the production line, we convince with pure natural products that are ready for use in a variety of ways.

Not only can you drink our alcoholic juices, but you can also prepare delicious dishes and sweets with them.

Less well known is that great cocktails and punches as well as bowling can be prepared with our cidres.

Since the company was founded in 2009, an expanded sales network has been built up to this day, which supplies Berlin, Karlsruhe and Hamburg by means of freight forwarders and beverage ramps. In addition to these main sales branches, there is a permanent customer-oriented personal delivery operation in the above-mentioned cities and the surrounding area. In 2022, the time has finally come. We sell our apple Secco directly through our shop to make even more friends and to enable a wider audience to enjoy our "babies".

We would like to get to know our customers and, in contrast to the relatively "faceless" co-organizers, express our thanks to you by rewarding you again and again with small gimmicks. Par example, if you order a pack of 12, you get two bottles free of charge and with the 24 pack four bottles free of charge!

OBC ciders have already earned a firm name in the beverage market in the first years of their existence and have a loyal customer base.

This success can be attributed to the quality of our apple Seccos.

Thanks to the quality (natural product) of the appearance and marketing in the bar area, clubs, event, hotel, pub- and restaurant-friendly appearance, OBC stands out from its existing competitors. The previously valid clichés of the typical cidre in Irish pubs, or the Äppelwois in Hessian, are exceeded by OBC and unite the respective lovers of these drinks in a variant with attractive and neutral packaging.

Thus, for the first time, OBC brings the followers of local brands on a neutral

Base together and gives them a platform, beyond all prejudices that have been shaped so far.

For all those who do not know us yet: (can not be so many) 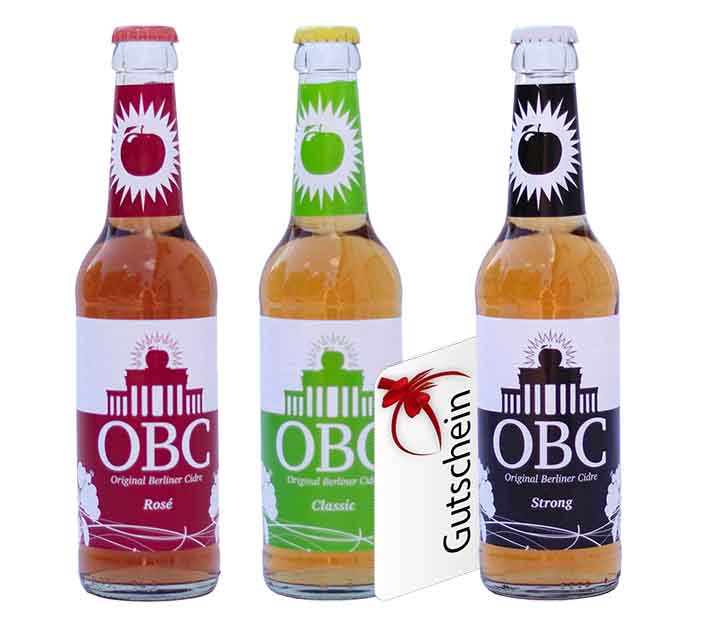 Organic tasting package - 3 x 330ml to get to know
3 times a 0,33l bottle of OBC Cidre Bio. Discover our organic brand which was produced with the highest standards. And for your next order you will receive a 5€ welcome voucher.
€10.00* 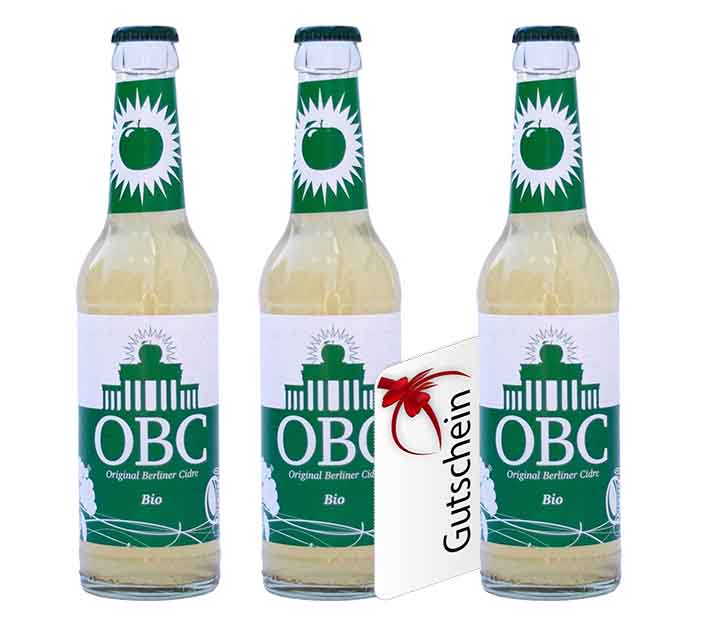 Tasting package Classic - 3 x 330ml to get acquainted with
Each 0.33l bottle of OBC Cidre Classic, OBC Cidre Strong and OBC Cidre Rosé.find your favorite brand. And for your next order you will receive a 5€ welcome voucher.
€10.00*

OBC Rosé - The "healing" apple secco
Characteristics / Highlights Comes in packaging of 330 ml clear glass bottle   Components / Ingredients 98% pure fermented apple juice, 2% current berries juice, natural carbonic acid, sulphur dioxide, yeast and 5% Alc.   Appearance Clean pale red, naturally carbonated with driblets   Bouquet / Aroma Notes of Fermented apples with slight fragrance of fresh berries along with a winey notes   Taste / Mouthfeel Sparkling dry soft sweetness with fruity kind of a late harvest taste. It leaves slight touch of current berries on your tongue. The OBC Rosé did not come on the market until 2 years later. OBC Rosé was unique at that time, because there has been no cider rosé on the German beverage market to date. The OBC Rosé consists of 98% apple cider and 2% currant juice, is also final fermented and contains 5% alcohol.